The Michigan Senate called on the federal government to ease restrictions on use of the nearly $3.8 billion Michigan has received from the CARES Act via a resolution passed Thursday.

Senate Resolution 124, by Sen. Winnie Brinks (D-Kent), acknowledges the revenue shortfalls for the state and local units of government and implores Congress to allow the use of these funds to help fill the mounting deficits faced by Michigan and local governments. The State is facing a $3 billion deficit for Fiscal 2020, which ends Sept. 30. Without additional flexibility for CARES funds, severe budget cuts across all levels of government are inevitable.

The Legislature and the Gov. Gretchen Whitmer also are in discussions about extending the July 1, 2020, deadline for presenting the governor a budget for fiscal 2021, which begins Oct. 1, ,2020. Due to the uncertainty on revenues for next year and over federal assistance, completing a new budget will challenge state leaders. An additional Consensus Revenue Estimating Conference is scheduled for August. At that time, a clearer picture of the budget damage will provide legislators more guidance on their options. 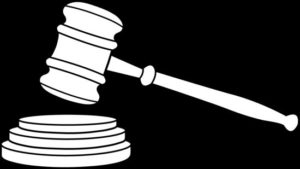 Counties have concerns with the mechanics of House Bill 4980, part of a package of bills on expunging criminal records, the Michigan Association of Counties told the Senate Committee on Judiciary and Public Safety this week.

The committee took testimony on bills to expand the eligibility to remove specific convictions from the public criminal record. HB 4980 would create an automatic process, in which certain offenses would be set aside without requiring a petition process overseen by a judge.

Countywide elected officials expressed concerns about the automatic provisions during the committee hearing. Prosecutors from Berrien and Marquette also opposed an automatic process and encouraged the committee to preserve the ability of victims to part of the expungement process. Additionally, the prosecutors pointed out that out-of-state convictions will not be considered under the current bill language. Undersheriff Daniel Pfannes of Wayne County also testified in opposition to HB 4980 on behalf of the Michigan Sheriffs’ Association.

In written testimony to the committee, MAC noted that recent versions of the bill require certain records in the Michigan State Police (MSP) database to be set aside after a period of seven or 10 years. However, nothing in the bill requires MSP to then transfer a notification to the local court that these records are sealed. Therefore, the record would still be accessible through the court or county clerk. Additionally, changes to state-administered databases may occur, but it is unclear how the system changes will affect local government case management systems and the potential cost attached.

MAC will continue to work with state agencies and legislative leaders to address logistical and fiscal concerns.

Candidates can now file for MAC Board seats 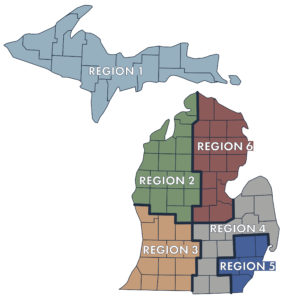 At the 2020 Michigan Counties Annual Conference in August, MAC members will vote on six seats on the MAC Board of Directors.

Commissioners wishing to serve on the Board, whether incumbents or new candidates, have until July 16 to file official notice of their intent to run. Board terms are for three years.

The MAC Board of Directors is the key body in guiding the legislative and organizational strategies of MAC.

Any member wishing to run in the election must download the application form and return it by July 16, 2020, to Derek Melot (melot@micounties.org) to be eligible. Please also share a brief statement of why you wish to serve on the MAC Board. The information will be shared with voting members on the website prior to the elections

If you have any questions about Board duties, please contact Executive Director Stephan W. Currie at 517-372-5374. 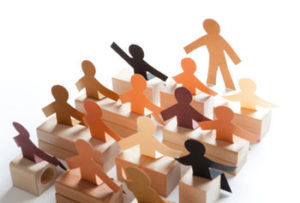 Platforms that would guide MAC’s policy advocacy for the coming year are now available for review on MAC’s website.

The drafts were crafted by the association’s policy committees and reviewed and approved by the Board of Directors at its June 5 session.

MAC also will be sending the platforms electronically to counties to share with commissioners.

Since this year’s session will be done electronically, the Board also voted to require that all member amendments for the platforms be submitted in writing to MAC by 5 p.m. on Aug. 7. Amendments will not be accepted from “the floor” during the virtual meeting, whose date has not yet been set, but which will occur between Aug. 18-27 during the Virtual Annual Conference.

For questions on the platforms, contact Deena Bosworth at bosworth@micounties.org.

Counties across Michigan reported they have either resumed public access to buildings or on the brink of doing so via emails shared by county administrators this week.

MAC created a summary of these comments and plans that includes responses from 33 counties. 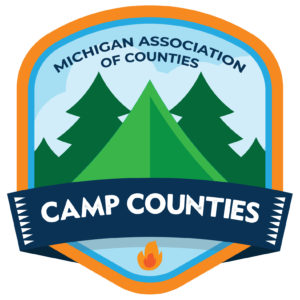 A case study from Benzie County on their work to expand and improve internet service was the focus of the first of five webinars under MAC’s Camp Counties series.

Robert Russell, one of the leaders of the Benzie effort, walked attendees through the challenges, particularly topographical, and options the Benzie group has encountered over the last two years.

The video from the webinar and Russell’s slide deck are available for 24/7 viewing at the Camp Counties webpage.

Also visit the page to register for upcoming sessions, with the next one, on June 17, to focus on tips for planning and winning millage elections in a COVID world. 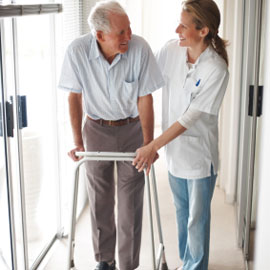 A bill to require nursing homes and medical care facilities to allow residents to place a camera in their room advanced out of a Senate committee this week, despite opposition from the Michigan County Medical Care Facilities Council (MCMCFC).

Senate Bill 77, by Sen. Jim Runestad (R-Oakland), moved out of the Senate Health Policy Committee and to the Senate floor. Under the bill, the resident would have to cover the cost, maintenance and activation of the electronic device. If a resident shares a room with another, written permission must be granted by the other party or their representative.

MCMCFC opposes the legislation due to concerns around the dignity and privacy rights of the resident. According to an article in The Elder Law Journal, “Monitoring technologies that aim to safeguard residents against perceived threats to health and safety can, in so doing, create their own threats to their autonomy and well-being.”

“Most nursing homes already have cameras in hallways and other common areas, but cameras in bedrooms, where residents are being dressed, bathed or receiving other medical treatments, is something that most people would not want for themselves,” said Renee Beniak, executive director of MCMCFC.

Additionally, the larger issue at hand should be addressed regarding resident care: the shortage of nurses and nursing assistant. Without adequate staffing, nurses are put under extreme pressure to care for their residents in a timely manner.

MCMCFC will continue to work to improve the legislation. 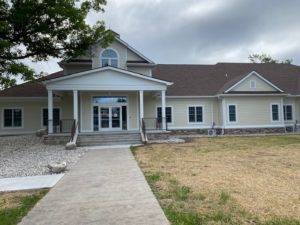 Oscoda County opened its new Government Building to the public on June 10.

“So far, so good,” reported Clerk Jeri Winton. “It has been a joy to be in the new building after four years of being in a double-wide, and to be able to allow our voters in so they can conduct their business has been great!”

The new building was needed after a fire in May 2016 destroyed the county’s historic courthouse, which was built in 1888 and listed in the National Register of Historic Places.