This article originally appeared in the April 2020 edition of Michigan Counties. 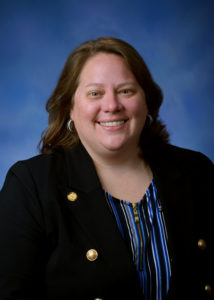 What is the most pressing issue facing Michigan now?

With the outbreak of COVID-19, public health and safety is the no. 1 issue that we’re currently facing.

Based on your experience, how important are counties to the effective delivery of public services?

They have a unique understanding of their communities, and they just need the tools provided to them at the local level along with adequate funding to continue providing essential services. For example, counties provide numerous health service and emergency management services to their particular area, run health departments, and do tons of community-specific programming that is unique to each municipality within their boundaries.  They are the front lines in providing free, fair, and safe elections, food and water security, and of course collaborating with local hospitals and the health officer to provide service for our health care needs.

Counties also have other priorities that maintain healthy communities through parks departments, maintaining and building infrastructure and roads, provide for public safety through the Sheriff Departments and preserving justice through its court system.

You are one of the sponsors of the legislation that would lengthen county commissioner terms to four years. Why do you think that is a priority?

As a former county commissioner, I think it’s very important to gain some institutional knowledge that helps you do your job well.  It also makes sense to align county commissioners with other county elected officials that already serve four-year terms, such as the Sheriff, Prosecutor, Clerk, Register of Deeds and Treasurer.  I had a great relationship with my fellow public servants, but with turnover every 2 years, there isn’t that ebb and flow of government when one piece of the puzzle is taken out every two years. It makes sense to have time to build a rapport and camaraderie, and it just makes good sense to have all the county elected officials be on four-year terms.

You also introduced House Bill 5488, which would extend the sunset allowing counties to impose reasonable court costs to October 1, 2023, which MAC supports. Additionally, the Trial Court Funding Commission released its recommended reforms at the end of 2019. What is your short-term, or long-term, priority from those recommendations?

The speaker has named me as a co-chair for our work group on trial court funding.  It is one of my priorities to work with all the stakeholders in finally determining a real long-term solution to fund our courts. This is why I sponsored the bill to extend the sunset, but I also have a bill to implement part of one of the commission’s recommendations to bring judicial salaries under the state umbrella.  This shows good faith to our judiciary that this is a priority and that we will take under advisement the work that has been done in prior years to actually put this on the agenda this term and in future terms.  I am in a unique position, as I have personally been involved with these issues through serving as county commissioner, chair of Judiciary for MAC and serving under Governor Snyder as an appointee to a state commission. I have been utilizing the relationships I have built to try to get input on this and have an aggressive timeline to actually write several new trial court funding mechanisms into law.

House Bills 5582-88 were recently introduced. The bills would phase out the sales tax on gasoline at the pump and replace it with an excise tax with revenues going to local roads which would ultimately leave a $780 million hole in the General Fund. Do you worry that statutory revenue sharing to counties could decrease as a result of this proposal?

I think this is smart policy.  As you know, Michigan was one of the few states to have a sales tax on gasoline, and that sales tax was not directed toward our roads.  This puts money directly into the budgets of county and local road commissions for roads, which is what we have all been talking about for the last several years.  I don’t see a problem with it affecting county revenue sharing. The state has a duty to ensure proper funding for our locals; however, the formula for that is outdated as well, and I would still like to see reform there. As long as I am in the Legislature, I will continue to work hard to keep counties adequately funded to perform their duties.