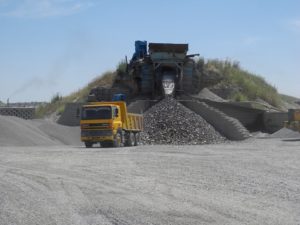 MAC has joined with six other organizations representing local governments, environmental causes and schools to urge defeat of a bill that guts local oversight over the location and operations of sand and gravel mining in Michigan.

The Senate Transportation and Infrastructure Committee is holding its second hearing today (Jan. 29) on Senate Bill 431, which would allow sand and gravel pits to operate essentially whenever and wherever they would like. The unnecessary and overreaching bill, sponsored by Sen. Adam Hollier (D-Detroit), would eliminate zoning authority and oversight capability from local governments—regardless of where the operation is located or its impact to nearby residents, schools, businesses, hospitals or others.

“The bill has two fundamental problems,” explained Deena Bosworth, director of governmental affairs with the Michigan Association of Counties. “It engages in pre-emption of local control, so that’s a ‘no’ right there. Also, it’s built on a dubious market study purporting to show a looming gravel shortage. We don’t know where all the different types of aggregate are in the state and where they would be needed. You don’t usurp local authority if you don’t even know there is a crisis.”

Bosworth’s remarks were echoed by leaders of other opposition groups.

“Senate Bill 431 is a wholly unwarranted piece of legislation that eliminates local officials’ ability to have any say in the impact of sand and gravel mines in their communities,” said Neil Sheridan, executive director of the Michigan Townships Association. “While MTA supports access to materials necessary to fix Michigan’s roads, the existing process allows for local governments to balance those needs, along with those of their residents and the impact of mining operations in their borders. This bill, however, removes local authority and all safeguards to ensure that balance.”

The legislation would essentially allow the aggregate industry to operate unfettered, with virtually zero oversight at any level of government, unfairly favoring the industry over our residents, students and the environment. It places profit before people, requiring only that an applicant for mining operations prove the operation would be profitable and the extraction will not pose a risk to public health, safety or welfare that cannot be avoided.

“This bill would have a devastating impact on our cities and villages,” said Jennifer Rigterink, legislative associate for the Michigan Municipal League. “SB 431 is all about profit for the industry and has no regard for people, communities or the environment.”