The citizens now serving in the Michigan Legislature did not create the fiscal crisis that now grips our 83 counties and other local governments.

The crisis is so large, so complex, it took decades to create — decades of poor choices, often made with good, or at least not malicious, intentions. 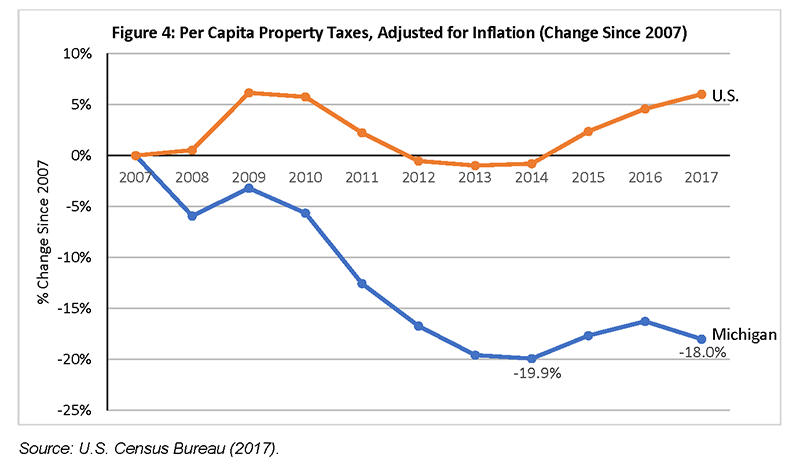 Nevertheless, time after time, legislators eased their own financial challenges by deepening the hole that our 83 county governments are trapped in. Revenue-sharing cuts. Unfunded mandates. Restrictions on raising and using revenue. The encroachments are many, the effects enormous.

Today, we are urging them to take the first step to better fiscal health: Stop making it worse.

Four years ago, state leaders briefly noticed the problem around them and convened a task force to study the pension and retiree health care pressures squeezing local governments. I was proud to sit on that panel, which produced a series of limited but practical recommendations to ease the strain.

All the Legislature managed to do, unfortunately, was to require locals to generate more reports (i.e., more work for locals) for the state to look at.

And if you look at those reports, you will see an unsurprising fact: Counties are still squeezed. In fiscal 2019, for example, county governments had at least $3.5 billion in unfunded liabilities for retiree pensions and health care coverage.

And what has the Legislature been doing in the meantime? Not helping.

In 2013, it enacted an exemption on property taxes to help Michigan veterans — a laudable goal. But they did it without compensating local governments. That exemption has carved $1.7 billion in taxable value off local accounts.

In the last three legislative sessions, 2015-2020, legislators filed no fewer than 140 separate bills involving exemptions to the property tax, the central revenue source for Michigan counties.

Many of these bills were motivated by noble purposes (job creation) or targeted for worthy groups (disabled veterans, charitable groups), but what they all lacked was any recognition of, or response for, the resulting cuts to local resources and local services.

And consider, a recent analysis by the nonpartisan Lincoln Institute of Land Policy found that not only is Michigan “unique in the restrictiveness of the state’s property tax limits,” but “the property tax is particularly important for local governments’ fiscal health in Michigan because they have little access to other types of taxes to raise revenue.” 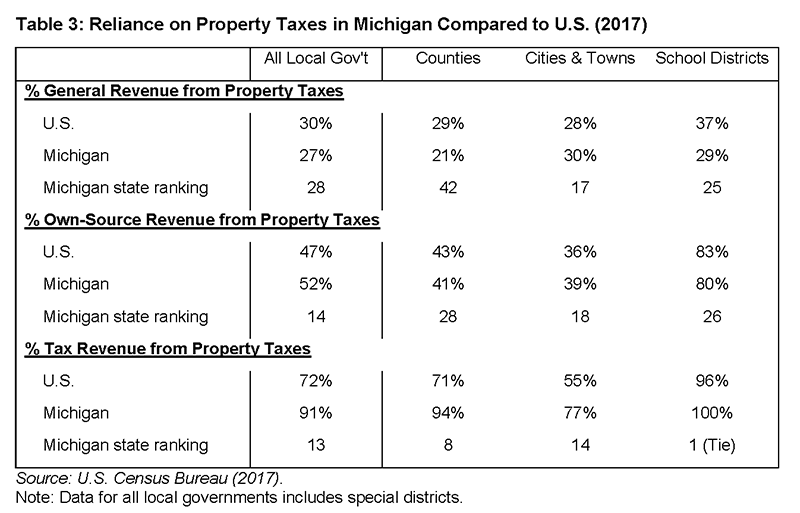 Our crisis only worsened in the aftermath of the Great Recession a decade ago. As the state’s economy and resources bounced back, Michigan’s local governments, trapped underneath two interlocking state restrictions on property taxes (Proposal A and the Headlee Amendment), saw their resources plunge and never really return.

It took 11 years for nominal property tax collections to recover to their 2008 level. Worse, adjusting for inflation, counties are now collecting almost $1 billion less than they did in 2008.

Then, of course, COVID hits.

Across the state, county leaders worked to ensure the continued delivery of public services while doing their best to protect the health of residents and county employees. The strains have been severe, but counties have met the challenge – so far.

But we’ve all seen what COVID has done to local economies, with empty storefronts and unutilized office buildings a common sight. Those images will, at some point, translate into lower property values and lower property taxes (used to pay for those local services and cover those local liabilities to public servants).

Despite this, some legislators are backing more ideas that will create more problems.

They are pointing to the historic investment to counties in the American Rescue Plan as proof the state can further reduce its commitment — even though the ARP funds cannot, by law, be used to address pension or retiree health care needs.

And they continue to file and tout property tax exemptions (10 bills so far in 2021).

With each of these special breaks, more of the burden for public services shifts to everyone else, the small businesses and households that constitute the majority of the state’s taxpayers.

So, until the Legislature can engage in a good-faith discussion on how to address the local government fiscal crisis, we have one simple request to lawmakers: Stop making it worse.

NOTE: This commentary originally appeared in Crain’s Detroit Business on May 23.