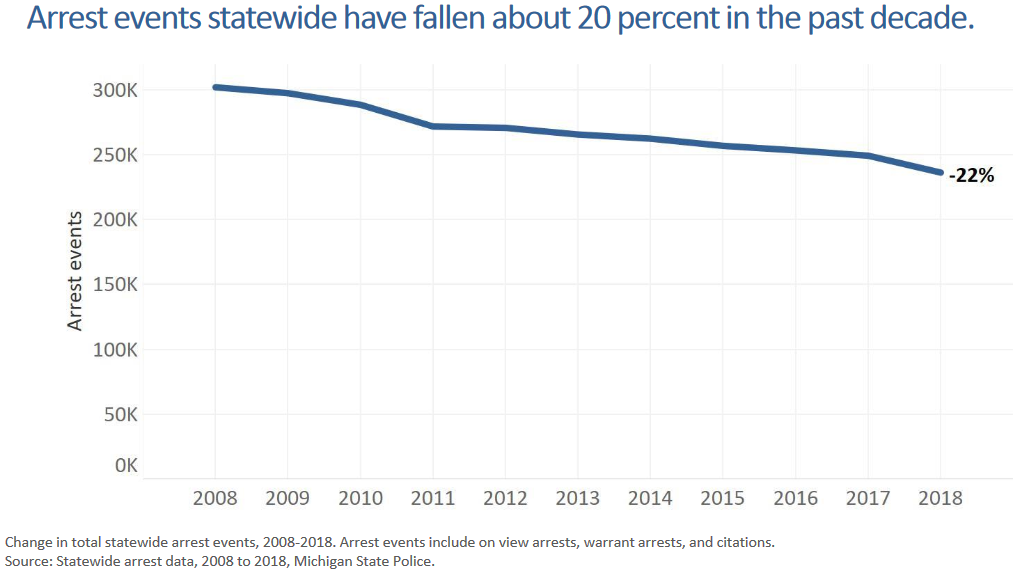 The study, Counties in Michigan: An Exercise in Regional Government, details the advantages that counties already offer in the pursuit of greater collaboration on public services and improved efficiency.

“(CRC) is not advocating a one-size-fits-all solution to  regional  government  in  Michigan,  but  rather  a  move to thinking of local government more in terms
of the region and what county government can do in a more effective and economical manner than a city, village, or township can do,” the report concludes.

Speaking at the MAC conference Tuesday, Gov. Rick Snyder said Michigan should look to invest more in local services. MAC will be urging the governor and his administration to work with the Legislature to translate that concept into tangible changes in state budgets and regulations as the legislative session continues in 2017.

The oil and gas industry is credited with more than $47,000 jobs and more than $13 billion in economic activity in Michigan, according to a recent report by a Lansing research firm.

“Michigan’s Oil and Natural Gas Industry: Economic Contribution,” released by Public Sector Consultants, Inc. in May, found that oil and/or natural gas were produced in 62 of Michigan’s 83 counties, and that the industry had economic effects in 82 counties.

“Employment  in  the  Michigan oil  and natural  gas  industry  has  doubled  since  2005,  from  11,089 jobs  to 22,781 jobs. Jobs are forecast to increase an additional 46 percent over the next ten years, although the outlook for employment will be weaker if the recent drop in oil prices is sustained,” the report stated.

To see the economic effects on your county, click here.

Tax reform, protecting Medicaid and immigration reform are just three of several 2015 legislative priorities for the National Association of Counties.

As NACo recently reported, “The 2015 legislative priorities are tax reform, protecting the federal-state-local partnership for Medicaid, transportation reauthorization, approval of the Marketplace Fairness Act, funding for Payment In Lieu of Taxes and Secure Rural Schools, rejection of the ‘Waters of the U.S.’ proposal rule and immigration reform that addresses issues impacting county government.”

MAC members may recall coverage of the “Waters of the U.S.” issue in the October 2014 edition of Michigan Counties (see page 6).

You win some, lose some at Capitol

While 2014 has been an outstanding year for MAC legislative initiatives (full revenue sharing funding, Cunningham court funding crisis averted), there always are debates that don’t play out so well. Which, of course, means a redoubling of our efforts in the coming legislative term.

This week, legislation to extend county authority to merge road commissions (House Bills 5117-18) was put on the shelf, meaning that the authority will expire on Dec. 31. We are disappointed in this result, but will look to address the issue again in the new legislative term.

We have been working throughout this legislative session on revisions to the TIF law, principally to ensure that counties always have the option on whether to have millage dollars captured by TIF districts, the length of time of that capture and the ability to partner with the authorities by having a seat at the table. The legislation sponsored by Rep. Eileen Kowall (R-Oakland), however, eventually was written in such a way that no real reform would result.

We expect to have new legislation filed early next year to incorporate the provisions for county authority and more reforms.

As always, the best way to stay on top of county issues at the Capitol is by being a subscriber to MAC’s weekly Legislative Update. If you are not receiving the updates, send a request and your email address to melot@micounties.org.