During regional caucuses held at the Michigan Counties Annual Conference Sept. 26-28, MAC members re-elected four incumbents and selected a new at-large director for the MAC Board of Directors. 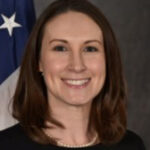 Melissa Daub of Wayne County fills the vacancy created when Kalamazoo Commissioner Julie Rogers was elected to the Michigan House of Representatives in 2020.

“Upon taking office, I immediately became involved with the Michigan Association of Counties to share ideas with my colleagues across the state, as well as the work we’re doing in Wayne County,” said Daub. “Today, I’m proud to be named an at-large member for the MAC Board of Directors and to be continuing my focus on transportation needs in my home county and across the state, as well as tackling the many other shared issues we see at the county level.” 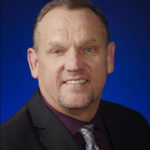 Daub was first elected to the Wayne County Commission in 2018. She represents District 10, which includes Canton Township, Plymouth Township and the City of Plymouth. A proud graduate of Plymouth-Canton High School, Commissioner Daub holds a bachelor’s degree from Eastern Michigan University.

Incumbent board members were returned to the Board from MAC’s Regions 1, 2, 3 and 5.

President Phil Kuyers of Ottawa County will be starting his third term on the board from Region 2 (Southwest Michigan).

After taking the oath as president at the Annual Conference Banquet on Sept. 27, Kuyers pledged to “raise up MAC as an example of unity, of bipartisanship, of civility and of common sense” in a time of controversy and high passions. Kuyers is the 113th person to serve as president of MAC, which was first organized in 1898.

Joe Stevens of Dickinson (Region 1 – Upper Peninsula) and Christian Marcus of Antrim (Region 2 – Northwest Michigan) also were elected to third terms. Eileen Kowall of Oakland (Region 5, Southeast Michigan) was elected to her second term and to serve as second vice president of the Board.

Board members can serve a maximum of three 3-year terms.