The fiscal 2022 state budget bills continued their movement through the legislative process this week, with both chambers moving appropriations bills from their full appropriations committees. The Senate Appropriations Committee, for example, passed 17 budget bills, largely along party lines, after debating a variety of amendments.

In the House, budget bills moved with minimal changes from the subcommittee recommendations. Amendments proposed by Democrats included efforts to reverse a quarterly budget distribution adopted by the Republicans, allow the Department of State to send out absentee ballot applications and to keep the Michigan Indigent Defense Commission within the state Department of Licensing and Regulatory Affairs and align the budgets more with the executive recommendation. All were defeated.

On revenue sharing for counties, the Senate recommended $231,516,700, which would be a 2 percent boost from FY21. Additionally, the Senate Appropriations Committee retained the requirement that any county with a retirement benefit system that was in underfunded status must dedicate any county revenue sharing increase to that system.

The House provides for a 1 percent increase on revenue sharing for $226,529,400 to counties. The funds, however, are tied to a requirement that the county must maintain public safety expenditures at an amount not less than FY21 to qualify for a payment.

The full House and Senate are expected to vote on the budget bills next week and send them to the other chamber to stay on track to get the budget to the governor’s desk by the end of June.

For further details, please see MAC’s previous Legislative Updates or visit the websites of the fiscal agencies for the Senate and House. 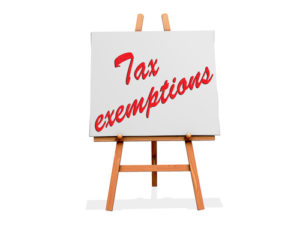 The House Committee on Military, Veterans and Homeland Security took up a package of bills this week designed to reimburse local units of government for the lost revenue associated with the Disabled Veterans Property Tax Exemption.

When the exemption was enacted, the estimated cost to local units of government was projected to be minimal and the law made no provision for any reimbursement from the State. Now, years later, locals are faced with approximately $1.7 billion in taxable value exempted on more than 20,000 parcels.

House Bills 4624, 4625 and 4626, by Reps. Beau LaFave (R-Dickinson), Jeff Yaroch (R-Macomb) and Kevin Coleman (D-Wayne), would reimburse local governments through the current Payment in Lieu of Taxes (PILT) system. The bills would not change veteran eligibility, nor would they require the veteran do file any additional paperwork (in fact, it would make it easier for veterans by allowing them to apply for the exemption once every 5 years, as opposed to every year).

In a joint letter with other local government groups, MAC supported the concept, particularly reimbursements to local governments and streamlining the process for veterans.

No votes were taken on the bills in committee, but MAC anticipates the conversation to continue in 2021. 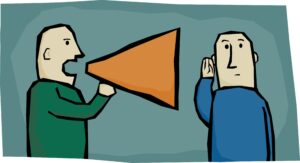 While legislation to enact four-year terms for county commissioners awaits action on the Senate floor, MAC again asks members to add their individual and collective voices to the campaign.

Senate Bill 242, by Sen. Ed McBroom (R-Dickinson), and SB 245, by Sen. Jeremy Moss (D-Oakland) would bring four-year terms to Michigan in the 2024 presidential election cycle. Enactment of these bills would end Michigan’s status as one of just five states with two-year terms on all commissioners.

The bills are now on the Senate floor.

MAC continues to encourage commissioners to add their voices to the four-year term effort. As of Thursday afternoon, 61 county leaders had responded. Please add your voice to this effort today by clicking here.

MAC also requests that counties adopt official resolutions of support for the legislation. To download a template for this purpose, click here. If you pass such a resolution, please send a copy to Hannah Sweeney at sweeney@micounties.org.

There will not be a live episode of Podcast 83 on Monday, May 10. However, every video episode of MAC’s Podcast 83 is now available on MAC’s YouTube channel, including the May 3 live session in which MAC’s Stephan Currie, Deena Bosworth and Meghann Keit discussed state budget news for fiscal 2022.

The upcoming schedule is now:

Acting on a motion by the Muskegon County Board of Commissioners, the Health Department there this week sent checks to nearly 800 food service entities in the average amount of $365, WZZM reported.

“We all want the restaurants to survive,” Muskegon County Board Chair Bob Scolnik told WZZM. “We all want the county to thrive, we want people to prosper, we want the economy to start growing again and this was just a little something we could do to try and help that.”

And more help is on the way.

MAC joined with the state and other organizations on April 30 to tout the resumption of the federal Restaurant Revitalization Fund.

For the first time, the Michigan Association of Counties government affairs team consists of only women who are no strangers to the Capitol community but have still faced challenges when advocating for their agenda in a field that has historically been dominated by men.

While the current team at MAC marks the first time that advocacy group has had an all-women team heading its government affairs, there’s also a multi-client firm with an all-women staff, RWC Advocacy.

Those at the organizations spoke about the challenges they face in the lobbying world and what priorities they hold this year as the Capitol community begins moving toward normal operations following the coronavirus pandemic.

Deena Bosworth is at the helm of the three-person governmental affairs team, leading it as director. Ms. Bosworth is well known around Lansing and has worked as communications and legislative director for the House of Representatives and director of legislative affairs for former Attorney General Mike Cox. …

Read the entire article at this link. 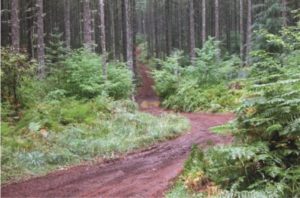 The Michigan Natural Resources Trust Fund is a restricted fund that was established in 1976 to provide funding for public acquisition of lands for resource conservation and outdoor recreation, as well as for public outdoor recreation development projects. It is funded through interest earned on funds derived from the development of publicly owned minerals.

The legislation enacts the recommendations from the Trust Fund’s board for development and acquisition projects to improve Michigan’s outdoor recreational opportunities, including trail systems, camping, fishing, and Great Lake and river access. This year the board recommended $27.3 million for acquisition grants and $10.5 million for development grants. MAC is supportive of these efforts to increase the quality and quantity of Michigan’s outdoor recreational activities. 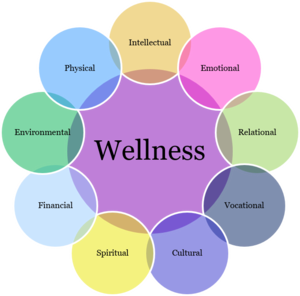 Are you starting to feel like the hardest part of the global pandemic may be behind us? As vaccines begin rolling out around the world and glimpses of normal life start returning, we’ve been wondering what impact all of these changes might be having on people’s well-being.

So, this spring, researchers at The Wellbeing Lab headed out into Michigan to measure the well-being of 1,500 people representative of Michiganders to ask, “How are we doing” and delved into how people were boosting their levels of thriving and reducing their levels of struggle at this time. Survey data shows valuable forms of wellbeing support their families and community had been providing and what actions their workplaces and bosses were taking that were having a positive impact.

Want to know what was found?

Join us for a special event for our members, where Louis Alloro of The Wellbeing Lab will give highlights of the 2021 Michigan Community Wellbeing Report. Discover the roles struggle, psychological safety, families, allyship and vaccinations have played in helping people care for their well-being, and the practices you can implement in your own community. And we will discuss ways of intelligently applying these findings as a network.

Louis Alloro is social entrepreneur creating and facilitating highly sought after, evidence-based learning experiences helping teams and entire organizations and communities dig deeper and reach higher, thereby creating a collective impact. Since 2018, he’s collaborated with the Michelle McQuaid group in creating content for The Change Lab and The Wellbeing Lab. Since 2008, he has trained and certifies thousands of practitioners, companies and communities in applied positive psychology and wellbeing science, including cohorts from Midland, Mich., who he helped form a regional Wellbeing Coalition.